Watch out, there's a doctor about! 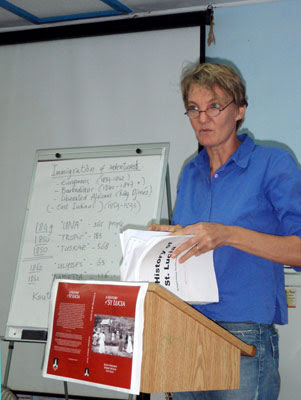 Not many people know Jolien as 'Dr. Harmsen', but there was no getting away from it last week in Soufriere, where she delivered the 11th annual S. Wayne Louis Memorial Lecture. The lecture is one of the leading activities of National Youth month, and is the initiative of the S. Wayne Louis Foundation, in collaboration with the Saint Lucia National Youth Council and the Department of Youth and Sports.
In accepting the invitation, Jolien joined the ranks of noted local and regional scholars and academics such as Professor Hilary Beckles, Barry Chevannes, Dr Tennyson Joseph, Kennedy "Boots" Samuel and Cynthia Barrow - all of whom have made presentations in the lecture series over the years.

The topic, 'The Untold stories and Contributions of Liberated Africans (Neg Djine) in St Lucia' was chosen from a chapter of Jolien's soon-to-be-published work, 'A History of St Lucia' which she co-authored with Guy Ellis, MBE and Robert Devaux, OBE. 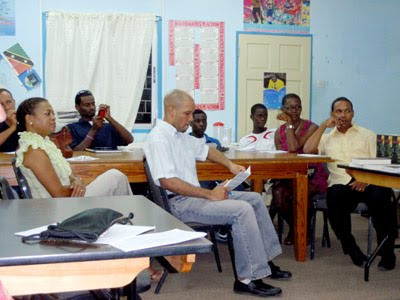 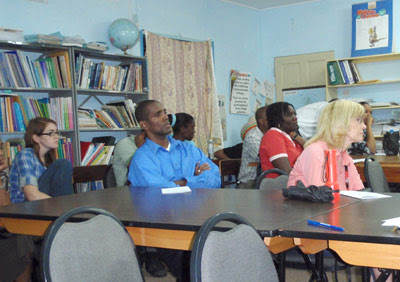 The presentation recounted the history of liberated Africans who came to St Lucia as free labourers in the decades following Emancipation, and discussed their impact and influence on contemporary society. Jolien's lecture was enthusiastically received and prompted a lively question-and answer-session. 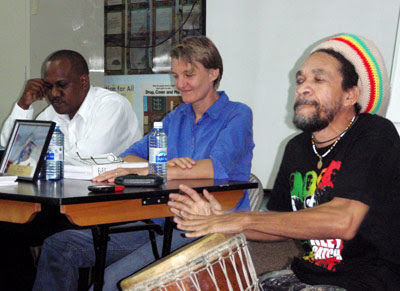 Prior to the lecture, Ras Isley set the tone for the evening with a rousing cultural presentation featuring drumming and poetry. 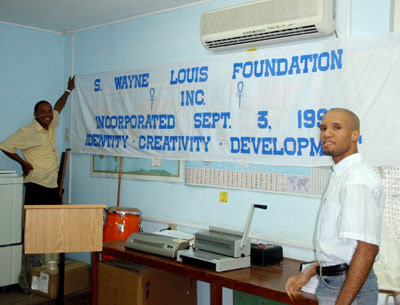 The death of Stephen Wayne Louis in 1998 prompted a group of like-minded family, friends and colleagues to establish a foundation in his honour. During his life, Wayne held a passion for African history, community development, youth work, sports and politics and he made valuable contributions to numerous organizations. Central to his diverse interests was his drive for the advancement of African peoples. The S. Wayne Louis Foundation continues on his philosophies, creating the opportunity for St. Lucians to be actively involved in various aspects of the promotion and advancement of African heritage and St. Lucian society.
Posted by The Reef at 10:47 AM